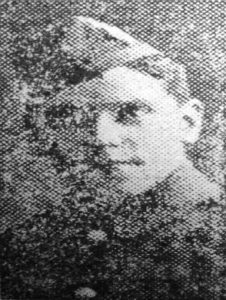 Was the son of Mary Jane Mattocks. Corporal Henry Mattocks, of the 1st Black Watch, who lived at Melling, was killed in action in France 13th October 1915.. He was 21 years of age and joined the Black Watch in January 1915 and was sent out to France in April. He was shot through the head, and death was instantaneous.

His sergeant-major described him as a good soldier, who died a noble death. Prior to joining up, Corporal Mattocks was employed at the Melling Potteries, and was a member of the Melling Brass Band. His remains were never found and his name is honoured in St Thomas’s church Melling.